[1]               The applicant, Everlight Electronics Co., Ltd [Everlight], is seeking to vary an entry in the records of the Patent Office. The application – which is uncontested – is allowed by the Court.

[2]               Everlight is a global optoelectronics manufacturer constituted under the laws of Taiwan. On January 23, 2002, Gentex Corporation [Gentex], an American company in the automotive industry, filed an international patent application under the Patent Cooperation Treaty for “radiation emitter devices and method of making the same.” The patent application made its national entry in Canada on June 5, 2003. The Canadian Patent Office issued Canadian letters of patent number CA 2,430,747 [Patent] on May 20, 2008. Following a worldwide transaction between Gentex and Everlight, ownership of several patents were transferred to the applicant. This involved, among other things, an assignment agreement: “Contract No. A03 16070001 Everlight Legal” [Assignment]. On October 13, 2016, the applicant’s patent agent inadvertently filed the complete Assignment to the Patent Office as evidence of the Patent’s transfer of ownership. Yet, Gentex and Everlight had always intended to only submit a more limited appendix (attached as Exhibit C of the affidavit of Hsien-Chia Lin) instead of the entire transaction, in order to protect their confidential information. Registration of the Assignment to the applicant was confirmed by the Patent Office on October 17, 2016. The applicant filed the present application after noticing this error.

[3]               Section 52 of the Patent Act, RSC 1985, c P-4 [Act] confers a broad jurisdiction to the Federal Court “to order that any entry in the records of the Patent Office relating to the title to a patent be varied or expunged,” on the application of any person interested. This includes the patent’s owner and the assignee (see Micromass UK Ltd v Canada (Commissioner of Patents), 2006 FC 117 at para 14 [Micromass] and Novartis AG v Canada (Attorney General), 2016 FC 229 at para 2 [Novartis]). While section 52 of the Act is silent on the test to be used to decide whether or not to exercise jurisdiction (see Qualcomm Incorporated v Canada (Commissioner of Patents), 2016 FC 1092 at para 11), the word “title” has been broadly interpreted by this Court to include various matters relating to the root of title (see Micromass at para 13).

[4]               The Act and the Patent Rules, SOR/96‑423, do not have requirements as to the assignments’ content – other than evidence of the assignment of rights itself. In Love v Claveau (1989), [1990] 1 FC 64, 29 FTR 188 (FCTD), the Court held that its jurisdiction extended to the expungement of an assignment agreement that was improperly filed. In Gray Manufacturing Company, Inc v Canada (Attorney General), 2016 FC 55, a patent was inadvertently filed under the wrong company name, and the Court used its power under section 52 of the Act to order the Commissioner of Patents to vary the entry. Factors considered were that the mistake was unintentional, made in good faith and without any attempt to mislead or cause delay. In Micromass, the Court mentioned that the change ordered would be immaterial to the public. In Novartis, the Court also considered the fact that third parties would not be affected.

[5]               Based on the affidavit evidence and representations made by the applicant, I am satisfied that the Court should accept to vary the records concerning the Patent. Filing the Assignment was truly an honest mistake on the part of the patent agent. The proposed variation will cause no prejudice to third parties, as no outsider is claiming an interest in the Patent, there is no ongoing infringement case, and the rest of the Assignment is immaterial to the public. In the present case, the objective of protecting confidentiality can be met by varying the current records through redaction of confidential information in the Assignment. A copy of the Assignment to which said confidential information has been redacted is attached as Exhibit B of the affidavit of Hsien-Chia Lin (reproduced as Annex A of the present judgment).

UPON AN UNCONTESTED application to vary an entry in the records of the Patent Office regarding patent CA 2,430,747 [Patent];

IT IS HEREBY ADJUDGED AND ORDERED THAT:

3.         The assignment agreement “Contract No A03 16070001 Everlight Legal” [Assignment] is expunged from the records of the Patent Office regarding the Patent, and shall be replaced by the redacted assignment annexed to the present judgment (Annex A).

4.         The Patent Office shall comply with the Court’s judgment and shall destroy any electronic copy of the Assignment from its records and return any physical copy of same to the applicant. 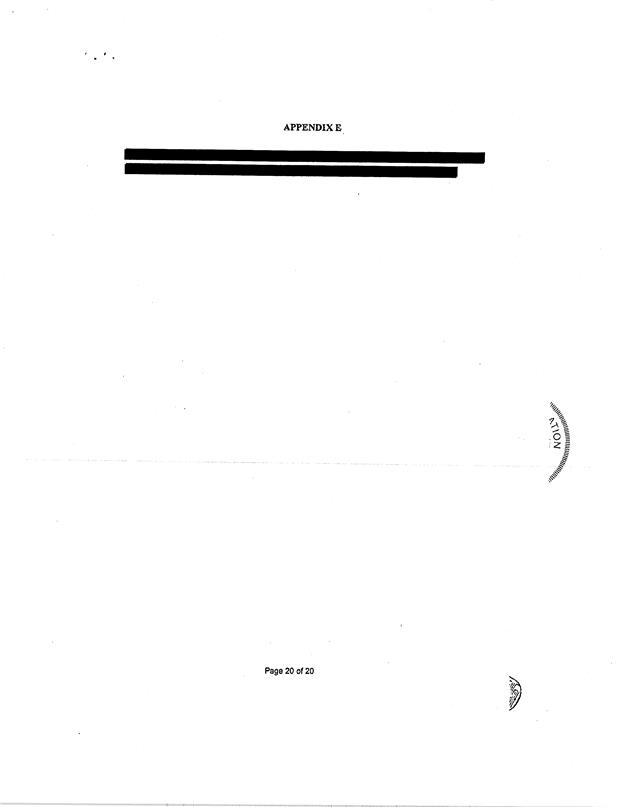